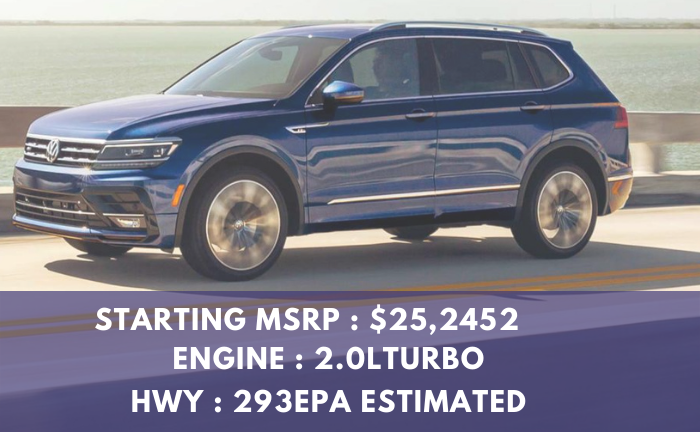 Volkswagen has presented the Taigo, a compact SUV with a coupe look that was already sold in some South American countries under the name of Novus. It will now be marketed in Europe. For its construction, which will be carried out in the plant owned by the manufacturer in Navarra (Spain), the same platform (MQB-A0) will be used as the Volkswagen Polo or the Volkswagen T-Cross, a utility SUV with which we will compare it in this article. However, the Taigo is a somewhat larger vehicle than the Volkswagen T-Roc, which is in a higher segment. Let's see the differences between these two SUVs that even share engines. The price of the new product starts at 23,190 euros. The T-Cross begins at 32000+ dollars.

The Volkswagen Taigo measures 4.27 meters long and has a trunk with 438 litres of capacity, while the T-Cross has 4.11 meters in length and a cargo volume of 385 litres that can expand to 455 litres if it moves the rear seat bench to its most forward position. The first will go on sale in September 2021, while the second will be available from 2019. The width (1.78 meters) and the wheelbase (2.56 meters) of both models are identical so that their degree of habitability is very similar. However, the sharp fall of the roof of the Taigo causes it to have less free height in the three rear seats, not suitable for people of high stature.

Both the Taigo and the T-Cross have the same engines, all of the gasoline and turbocharged. There is a 1.0 TSI three-cylinder engine with two power levels, 95 or 110 hp, and a 1.5 TSI four-cylinder with 150 hp. The transmission is a five-speed manual for the less performance version, a six-speed manual for the intermediate, a dual-clutch automatic, and seven gears for the top of the range (optional for the 110 hp engine). In any case, the traction is front, and in the best of them (150 hp), an acceleration from 0 to 100 km / h is achieved in 8.5 seconds and a top speed of 200 km / h, figures that fall within the normal for this class of car and this market segment.

According to Volkswagen, the new Taigo has a chassis with a different fit than the Novus, specifically adapted to a European taste and more and better equipment. T-Cross has also been installed in this case, although the interior looks more like that of the Polo. Eight or 10.25-inch instrumentation screen, 6.5, 8 or 9 touch multimedia screen, 2-inch (with or without integrated navigation and remote functions), wireless connection for Android Auto and Apple CarPlay, USB sockets, climate control with touch buttons, 16 to 18-inch wheels, LED headlights, central airbag and various driving aids between the which highlights the IQ.DRIVE Travel Assist. There are four different finishes: Taigo (just plain), Life, Style and R Line.

Highlights of the new Volkswagen Taigo at a glance.

The new Taigo sets a real statement and convinces Front to Heck with many optional equipment highlights from the IQ. Light LED matrix headlights across the stylish LED light bar in the front to the LED taillights with a pulled light band - here is all in the sign of dynamic sportiness. The Digital Cockpit with a high-resolution 20.32 cm color display is even included as standard. So driving pleasure is preprogrammed.

Characteristics of the Volkswagen Taigo

It is a model that stands out by offering "a charismatic design, a new operational concept and a multitude of assistance systems". With its 4.26 meters long, this car is based on the same modular architecture of the pole above and T-Cross, highlighting its coupe-type silhouette, with the pillar c very tilted forward. The side view is also characterized by very precise and sharp lines, which together with the generous wheel steps accentuate the character of Crossover of the Taigo. Likewise, it highlights the extended rear spoiler of the back, the transverse bar illuminated on the front grill, and some Optical Groups Matrix LED "IQ. Light". The tires oscillate between 16 and 18 inches.