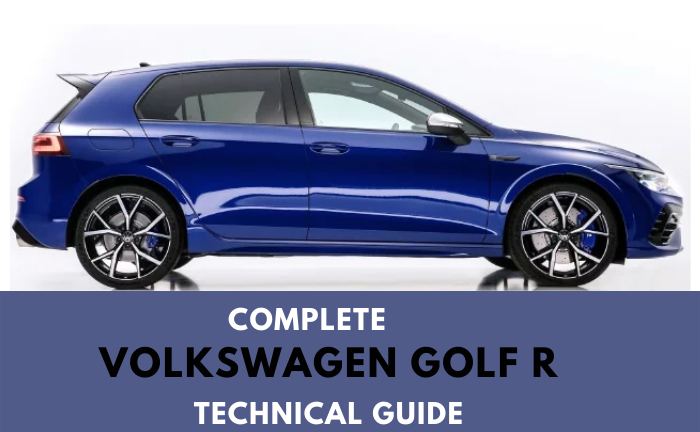 After several months of waiting, we already knew its appearance thanks to some spy photos; the new Volkswagen Golf R Variant is here. The brand has presented it as the new generation of the most performance version of the current Volkswagen Golf Variant, that is to say, the Golf VIII with a family body, longer and with a greater wheelbase.

This five-door, five-seater car measures 4.63 m in length and has been equipped with the same mechanical package as the short Golf R (4.29 m): a two-litre four-cylinder petrol engine with 320 hp and 420 Nm of torque associated with an automated 7-speed DSG double-clutch transmission and a 4MOTION all-wheel drive with a torque vectoring system.

The first units will arrive at dealerships in autumn 2021. Its price starts at 44640+ dollars, making it slightly more expensive than the conventional Golf R, available from 51,520 dollars.

The Volkswagen Golf R Variant can be considered an all-in-one sports car, as it has a very high level of performance for a compact "station wagon". It accelerates from 0 to 100 km / h in 4.9 seconds (0.3 more than the short Golf R) and reaches a top speed of 250 km / h (electronically limited), but has a 611-litre minimum boot capacity ( the regular Golf R has 374), which is a higher volume than its direct rivals by market segment.

In addition, its new all-wheel-drive system with R-Performance Torque Vectoring has two new driving modes, called Special and Drift. The first adjust some car parameters for track driving, while the second allows controlled skidding by sending more torque to the rear axle. However, according to the WLTP approval, its average consumption is 8 l / 100 km, relatively low and only 0.2 more than the Golf R.

In this way, the high performance of the Golf R Variant does not mean that a high degree of versatility and a fuel consumption suitable for day-to-day use has to be given up. Nor to the usual driving assistants and safety elements, both active and passive, that one would expect in a model like this or its "hatchback" version: adaptive cruise control with semi-automatic pilot functions, traffic sign recognition, maintenance in the lane, emergency braking with detection of pedestrians and cyclists, peripheral vision cameras and LED matrix headlights, among others, guarantee, according to Volkswagen, a high level of confidence in the vehicle.

There are some options, such as the R-Performance package, which increases the maximum speed to 270 km / h, installs 19-inch wheels instead of the 18 that is standard and includes the Special and Drift driving profiles already mentioned.

On the contrary, the adaptive suspension, the 357 mm diameter perforated front brake discs with four-piston callipers, the sports seats with integrated head restraints and cloth upholstery with blue details, the electrically operated tailgate, the Head-Up Display, large screens for the latest generation multimedia system (compatible with Android Auto and Apple CarPlay) and the instrument cluster, as well as the haptic buttons on the leather-wrapped multifunction steering wheel, are standard equipment on both models. (short and familiar).

The sports exhaust system, developed by the specialist Akrapovic, has an extra cost of almost 4,000 dollars. Volkswagen sells another sports car compatible with family life, the Arteon R Shooting Brake, which is even larger (4.86 m long) and has the same powertrain.