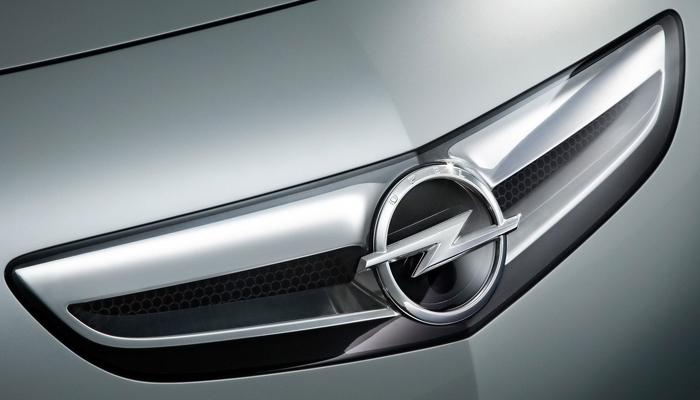 Opel is one of the oldest car manufacturers in the world. He has nothing less than an experience, behind him, of 120 years!

Opel - More than a century of life

Opel is one of the oldest car manufacturers in the world. He has nothing less than an experience, behind him, of 120 years!

Did you know that Opel started out making sewing machines?

Well, yes, it was. Opel, like many other car manufacturers, did not start by making cars. Specifically, Opel was founded by Adam Opel in Rüsselsheim, Germany, in 1862.

However, at that time, the company was making sewing machines. Shortly after, he continued with bicycles in 1886, and shortly after that, he started building automobiles in 1899. Hence, his 120th birthday is now being celebrated.

From the beginning, yes, Opel marked a precise line with the values ​​it wanted to convey. And these were none other than emotion, accessibility, and its German character. From Opel, they have always wanted innovations to reach many people, hence implementing the latest technologies.

Opel begins to manufacture its first two and four-cylinder models. With them, the German firm sought to gain a foothold in the automotive market.

Furthermore, Opel did not just make production models for the public. It was also developing racing cars simultaneously as this 1903 racing car that Opel brought to the Jarama circuit. The German brand took as the reference one of its first models with 10/12 CV and transformed it into this competition vehicle.

A car with the rear-wheel-drive and as much weight as possible had been reduced to achieve the best possible position at the Frankfurt racecourse. The result? This 1903 car could reach an incredible 72 km / h.

Along with this competition model, Opel developed its most emblematic cars, such as the Opel 4/8 PS, known to all as the 'Doktorwagen,' a modern, agile, and light two-seater, perfect for short and fast trips.

A decade of the 30. The steel chassis arrive.

We are in 1935, the year in which Opel presented its first post-war vehicle. It's the Opel Olympia, a name chosen for the Berlin Olympics. This Olimpia would go down in history as the first mass car with a steel chassis. Its success was manufactured in the 1930s and the 1940s, 1950s, 1960s, and 1970s.

Also, in the 30s, the Kadett emerged, a model that shortly after its production was interrupted to continue in the 60s, 70s, 80s, and 90s, becoming a best seller.

Luxury at a reasonable price.

Over the years, Opel looked for something more. They wanted to replicate the German luxury manufacturers that were beginning to develop premium cars. Hence the launch of the Opel Admiral. Its main virtues? Offering a six-cylinder engine with 75 hp and speeds of up to 130 km / h at a significantly lower price.

To this was added a 70-liter tank that allowed it to travel up to 400 kilometers of autonomy. This model was made in the 60s, but also the 70s. And it would have two other iconic Opels as companions: the Kapitän and the Diplomat.

The sportiness of the Opel GT.

Opel also revolutionized the automotive world by presenting a prototype called the Experimental GT in the 1960s. This concept gave rise in 1968 to the Opel GT, a two-seater of just over 4 meters that came to revolutionize sports coupes.

This model caused admiration for its tapered profile and seductive curves. With retractable headlights, it was a completely different model from those manufactured so far by the brand. In addition, it became a huge success, both on the road and in competition with 100,000 vehicles sold until 1973.

Parallel to streetcars, competition models developed. And, some enthusiastic workers decided to build a competition car based on the Rekord C. This Rekord C 1900 with a yellow label was born, which had a design similar to the taxis of the time in Germany. Nicknamed 'the black widow,' it was one of Nikki Lauda's cars when she was just 20 years old.

It was Opel's answer to the Ford Capri, which was also a best-seller. Presented in 1969, and a year later, with its sports coupe version, it is characterized by its competitive price. Its name derives from the fish mantas and rays. Hence, it had an excellent design in Italian sports cars. He was an icon of sportsmanship between the 70s and 80s.

The Ascona of the 70s and Walter Röhrl.

Along with the Manta Coupé, Opel also launches the Ascona in its second generation. It stands out for incorporating innovations such as the first diesel in the segment. But also because it was the basis for creating one of the sports versions with the greatest triumphs in the automotive industry.

Specifically, in 1979, this car was, together with Jochi Kleint and Gunter Wagner, European rally champions. Shortly after, in 1982, Walter Röhrl and co-driver Christian Geistdörfer celebrated the Ascona 400 in the rally championship of 1982.

In the 80s, the Corsa arrives.

It is part of the more recent Opel era and the one we all know most closely. Coinciding with the opening of the Figueruelas factory (Zaragoza), the Opel Corsa was born, a small car (around 3.6 meters) characterized by having a body of three and five doors a good aerodynamic coefficient.

This Corsa was a robust car that, in addition, arose before the demand of the public to make cars more economical and with low fuel consumption. Since then and until now, more than 13.6 million units of this utility have been manufactured.

In addition, from the summer, the latest generation, the sixth, of the Corsa will begin to be produced, a model that, in addition, begins to be sold with an electric version.

This new Opel Corsa-e, which has a 50 kWh battery and a range of 330 kilometers, is set to inaugurate a new stage at Opel, presided over by the electrification above and belonging to the PSA Group since 2017.