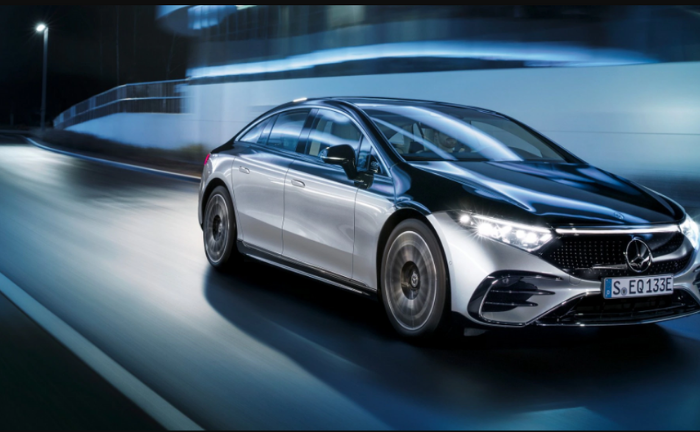 Finally, Mercedes has decided to present the EQS, a large 100% electric saloon that will compete against models from other brands such as the Porsche Taycan, the Audi e-Tron GT, the Tesla Model S and the BMW i7. Unlike the Mercedes GLA and Mercedes EQA, the new EQS is not based on the S-Class but is a completely original vehicle. It is also the manufacturer's first plain electric SUV and the fourth model in its product range with no local emissions. (There are eight planned before 2023). The new flagship of the EQ firm measures 5.22 meters in length and is a technological and luxury benchmark. In addition, it can travel up to 741 km per charge, more than most cars with a combustion engine. Its price starts at 103,360 dollars.

Aesthetically, the Mercedes-Benz EQS 2021 differs from the rest of the company's products. The Mercedes Vision EQS inspires it unveiled in 2019, with a more rounded appearance than usual and a design that optimizes its aerodynamic efficiency (its Cx is a record: 0.20). Features body-flush door handles 19-21-inch diameter wheels, a short hood and a long, coupe-style roof that barely leaves room for a third volume at the rear, where the lid is located, of a trunk with 610 litres of capacity. In this area, the headlamps are joined by a red LED strip that runs the car's entire width, a feature that is repeated on the front but in white.

The headlamps, which sit on either side of a faux three-pointed star-pattern grille (like the Mercedes-Benz logo), have holographic lenses that coordinate their functions with various cameras and sensors to assist driving. The air intakes that are under these do keep a close resemblance to other models of the brand. As you can imagine, the EQS customization options are extensive and even allow for an exterior configuration with two-tone paint that divides the upper body from the lower one starting at the beltline. The interior is no different and provides a degree of individualization that very few cars have on the market today.

The interior of the Mercedes EQS can be defined as futuristic, minimalist and diaphanous but very luxurious. It is mainly because it is the first model equipped with the new MBUX Hyperscreen and its advanced software, capable of learning from the driver's habits. In general, it offers more space in the rear seats than an S-Class thanks, among other resources, to using a new platform for its construction that has a long wheelbase (3.20 meters) and slightly more height (1, 51). The entire cabin is decorated with brushed aluminium and polished wood. It features a HEPA filter, a large panoramic glass roof, and what is likely to be the world's most advanced ambient lighting system with 190 LEDs.

There are two different steering wheel designs, depending on whether you choose a standard EQS or an AMG Line finish. There are also different methods for the seats, which can have up to 10 massage programs in both the front and rear seats. On the other hand, the Premium Plus package adds an automatic door opening system (they open when the driver approaches the car, and they close when the latter presses the brake for the first time). There are hardly any physical controls since almost all the functions offered by the EQS, including the air conditioning, are controlled from the three screens under the same glass on the dashboard or from voice commands.

From the moment of its launch, Mercedes marketed the EQS in various versions by the level of performance. The entry is called EQS 450+, with a single-engine on the rear axle that produces 333 hp and allows acceleration from 0 to 100 km / h in 6.2 seconds (almost a second slower than the entry-level Porsche Taycan). The next version is called EQS 580 4MATIC, which has two engines (one per axle, so it has all-wheel drive) that jointly develop 524 hp and thanks to which it is possible to go from 0 to 100 km / h in 4.3 seconds (three tenths slower than a Taycan 4S). In the future, there will be an AMG version high-performance with 761 hp and all-wheel drive that could drop below 3 seconds in the same acceleration.

Regarding the batteries that power the engines above, Mercedes installs an accumulator in the lower part of the EQS chassis with a capacity of 108 kWh that allows it to travel, in the best of cases, 741 km per charge according to the WLTP homologation cycle. (It is much more autonomy than the vast majority of electric cars, but 100 km less than the Tesla Model S Plaid + is capable of ). However, the company has confirmed that it will soon have a cheaper version of the EQS with a 90 kWh battery and more than 600 km between charges at 100%. In either case, energy can be recovered to a maximum of 200 kW of power in direct current or 22 kW (11 kW as standard) in alternating current. It can regenerate up to 290 kW in deceleration.

The Mercedes EQS also incorporates many technologies that may go unnoticed but whose purpose is to provide a relaxing and comfortable drive, something for which this vehicle should differentiate itself. For example, as in the S-Class, it has air suspension as standard. It is combined with the integrated GPS to remember the points where bumps are detected and raise the body the next time you go through them. In the same way, it is prepared for level 3 autonomous driving, has the latest advances in Mercedes active safety and supports wireless updates with the possibility of expanding the equipment or contracting new functionalities.

Along these lines, Mercedes has wanted to highlight that it sells the EQS with the best acoustic insulation to date, added the active noise cancellation through the fifteen speakers onboard and standard four-wheel steering. When driving on high-speed roads, the rear wheels turn in the same direction as the front wheels to provide more stability. However, at low speeds and especially when manoeuvring (remote parking may be available), the rear wheels steer in the opposite direction to the front wheels to generate smaller turning radii. The standard system only allows an orientation of up to 4.5 degrees, but with the payment of an option, you can reach 10.9 degrees.