The Five Most Curious Stories About Car Brand Logos 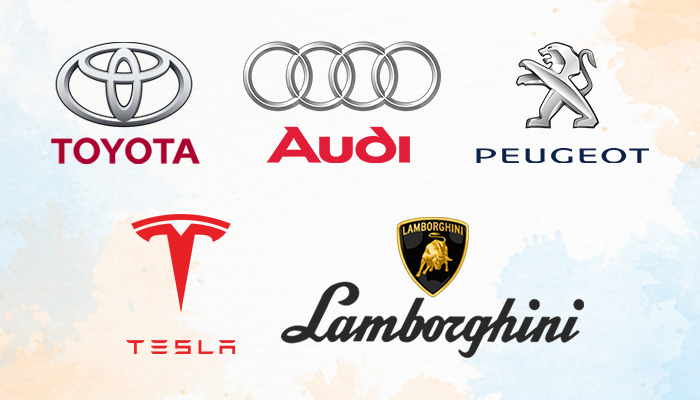 The meaning of this class of logos usually has a significance beyond the mere design of the same. The motor industry is full of examples. At RCC Auto Transport, we have selected the five that have seemed most curious and perhaps unknown to the vast majority of the population.

Until 1937, the company that sold the most cars in automotive history was called Toyoda, the surname of its founder. However, its meaning in Japanese was not very representative for a company linked to mobility. It was then decided to change the name to one with a similar pronunciation but no relation in the Japanese vocabulary. Thus the word Toyota was born. To write it in that language, eight spellings are necessary, several good luck in Asia. The original logo was the winner of a contest, but it was short-lived. The current one shows three interlocking ellipses with which all the letters of Toyota can be formed with the Latin alphabet. Symbolize the customer, the product and globalization.

In 1932, four of the most important German companies in the automotive sector were merged into Auto Union AG. These companies were Wanderer, DKW, Horch and Audiwerke. Over time, the new company would adopt the Audi name, and its badge would be composed of four horizontally interlocking rings, each of which represents those founding companies. The name Audi is due to the translation of the surname of its founder, August Horch, into Latin, which in Spanish means "to listen". This term is related precisely to one of the company's most important principles: listening to the customer.

Peugeot's founding dates back to the early 18th century, a time when the car had not yet been conceived even as an idea. Initially, it was a company dedicated to manufacturing carpentry saws that evolved into other sectors and products related to metallurgy. In the 19th century, Peugeot was already known for the silhouette of the lion that is stamped on all the tools it built. The head of that African feline, which represented the resistance, flexibility and agility of those saws, can still be seen today, although with a different design from the original, on the bodywork of the car models of the French brand. It started producing them in 1889.

The name Tesla is a tribute to the trajectory, philosophy and scientific legacy of Nikola Tesla, the inventor of Serbian origin famous for his studies and discoveries related to electromagnetism. Elon Musk, founder of the Californian company in 2003, has said on the occasion that he feels strongly inspired by this character. The emblem of the popular electric car brand, in addition to drawing the initial of its name, has a kind of crown (above the T) that reproduces the principle of operation of an induction motor, what a priori seems like a letter is a section of a Tesla coil seen from a cross-section of it.

Ferruccio Lamborghini was the founder and CEO of an Italian company dedicated to the manufacture of agricultural vehicles. One day, he invested part of his fortune in a Ferrari, but that sports car's reliability and dynamic performance did not convince him. Tired of having to go to the workshop, he contacted Enzo Ferrari, with whom he had a tense discussion, as a result of which he decided to create his own high-performance car company to show Enzo how they should be built. The logo chosen for his new company in 1963 was a fighting bull, this man's zodiac sign and a sign of his admiration for Spain and bullfighting.