The Incredible History of the Bentley Bacalar 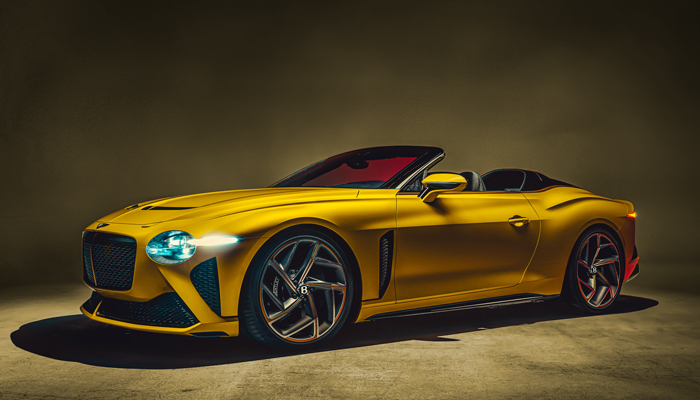 The very exclusive Barchetta marks the return as a bodybuilder of Mulliner, a mythical brand with several centuries of activity behind it. The incredible history of the Bentley Bacalar culminates this year, with the arrival of the first of the only 12 units that will see the light, but it began almost 500 years ago.

This is when it is assumed that the first members of the Mulliner family began to work as saddlers, making saddles. However, it was not until 1760 that they gained fame for their carriages. And, from the beginning of the 20th century, they adapted to the new technology that was prevailing: automobiles. Very closely linked from the beginning to Bentley, in 1924, they created their first body for the British brand. But it was in the 1950s when both firms became inseparable.

While still independent, Mulliner created two future icons. First, in 1952, the R-Type Continental, from which the current Continental GT is inspired. And, in 1957, the Continental Flying Spur. A couple of years later, the owner of Bentley, which was then Rolls-Royce, also bought the body and put it under the Crewe umbrella.

However, the bodybuilder business, which until the 1950s was flourishing in Britain, began to be overtaken by new production techniques, and Mulliner ended up cornered until, in the 1990s, he ceased his activity in this field. Later, it was reconverted as the personalization division of Bentley, similar to Ferrari Tailor-Made or Lamborghini Ad Personam. End of story? It seemed that way until last year when it was announced that it was spinning off into three services: Classic, Collections and Coachbuilt.

Precisely this one, which resumed its bodybuilding tradition, debuted with a model called Bacalar. Name that to some will sound like a 'word' for a radio sports program but inspired by a spectacular Mexican lagoon. To create it, the brand was based on the Continental GT, but with many differences from it. The 6.0 W12 Biturbo petrol engine is the same, but in this case, it develops 659 hp (instead of 635) and 900 Nm of maximum torque. The eight-speed dual-clutch automatic gearbox is also the same, and it now uses an adaptive chassis with a 48-volt electrical system, which improves its behaviour.

On many levels, the Bentley Bacalar is inspired by a prototype unveiled in 2019 on the occasion of the brand's centenary: the futuristic EXP 100 GT. The front is very aggressive, and the rear axle is 20mm wider than the GT, while the rear is much slimmer, with very slim headlights and an integrated spoiler. A kind of dynamic sculpture that puts Mulliner back in the history of the body with capital letters.