50 Curiosities About the USA With Which to Impress Your Friends 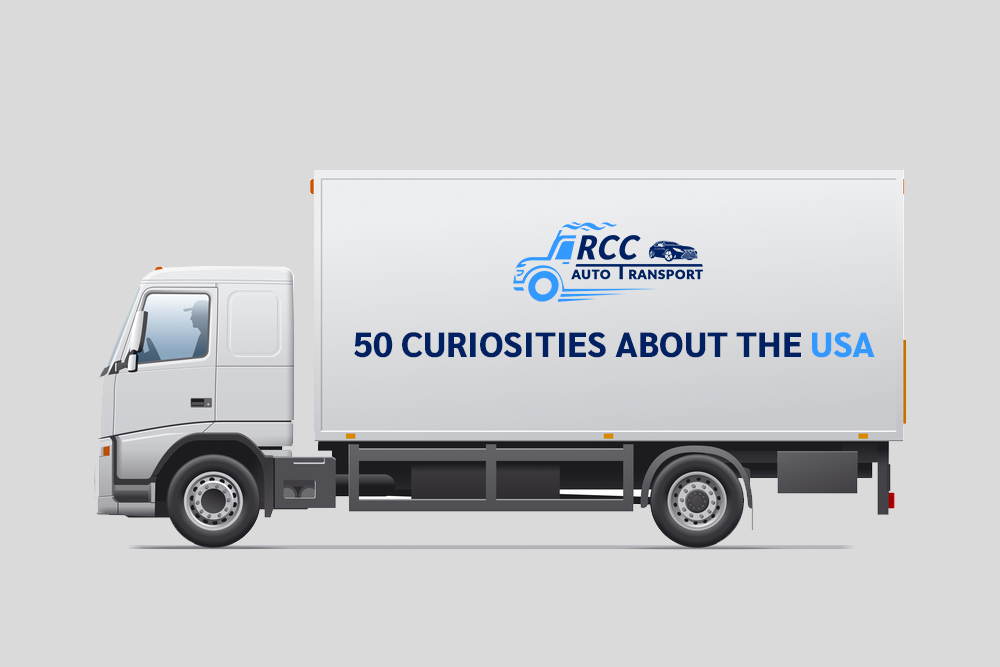 The United States is made up of 50 states and 1 federal district, the District of Columbia, which serves as the seat of our Nation's Capital and several territories and islands scattered throughout the Pacific Ocean and the Caribbean Sea. Of the top 50 states, only 2 are not in the continental United States: Alaska and Hawaii, both on the Pacific side, north and south, respectively.

Enough to see that the nation is often divided into regions and sub-regions to differentiate the territory based on climate, culture, geographic location, etc. Although each government agency has a slightly different way of categorizing and submerging the US territory into regions, we can at least identify 5 other regions: Northeast, Southeast, Midwest, Southwest, and West.

Although this is possibly the most typical way to divide the continental US into separate sub-regions, we opted to use the 7-region division to present the different territories better.

The United States divided into 7 regions

50 curiosities about the USA with which to impress your friends

What is the origin of Mardi Gras? What state has its flavor? Where can we find the largest living organism? The 50 states that make up the United States have curious stories and interesting factsthat make them unique. Here are 50 American Trivia to Impress Your Friends.

Although Mardi Gras is usually associated with New Orleans, Mobile (Alabama) is the place of origin of this traditional carnival in the United States.

Alaska is not only the nation's largest state (more than twice the size of Texas), Wrangell – St. Elias National Park and Preserve covers an area larger than nine US states combined.

Be careful not to get too close to the saguaro cacti (they prick!) And not to engrave initials on them: the fines for this reach 5,000 US $.

Arkansas is home to the only operating diamond mine in America, Crater Diamonds State Park.

The most giant tree in the world by volume lives in California's Sequoia National Park, a sequoia named General Sherman.

The waters of the Outer Banks became known as "The Cemetery of the Atlantic" after having caused more than 1000 shipwrecks with their sandbanks and strong currents.

The official dance of this state is called shag and is a variant of another dance called jitterbug.

The No. 13 step stair entrance of the Capitol of Colorado, in Denver, is located exactly one mile above sea level.

The Yankee Doodle, the song turned state anthem, is believed to have been written by the British to poke fun at Connecticut volunteers participating in the French-Indian War.

North Dakota is the No. 1 producer of honey in the country.

Jamaican reggae star Bob Marley lived in Delaware from 1965 to 1977.

South Florida is the only place in the world where both crocodiles and alligators can be found living in the wild.

Gainesville, Georgia, often considered the poultry capital of the world, passed a law in 1961 making eating fried chicken with a fork was deemed illegal.

Hawaii has the largest and most isolated population center on Earth, located almost 3865 km from California and about 6500 km from Japan.

This state is home to the Idaho Potato Museum (yes, the Museum of Idaho Potato ). The fact is that Idaho potatoes are exceptionally delicious and a very abundant crop. Perhaps the reader has tried them once: 13 billion pounds of potatoes are harvested each year.

Indiana, "America's Crossroads," has more interstate miles per square mile than any other state in the United States.

The Iowa State Fair was born in 1854, and since 1856 it has been held every year at the Iowa State Fairground. It is one of the largest and best-known fairs in the United States; it takes place during 11 days of August and occupies  ​​more than 180 hectares filled with camping areas, live music stages, and more than 200 stalls.

In Kansas, it was once illegal to pair a cherry pie with a scoop of ice cream.

Although Kentucky is the birthplace of bourbon, one-fifth of the state's 120 counties are; that is to say: they do not allow the sale of liquor.

Maine has nearly 60 active lighthouses along its coastline.

The NFL franchise in Baltimore takes its name from the poem The Raven by Edgar Allan Poe, a local author.

Lake Chargoggagoggmanchauggagoggchaubunagungamaugg, in the town of Webster, is the longest place name in the United States.  (It is also known as Lake Webster or Lake Chaubunagungamaug).

The Mackinac Bridge is 8 km long and spans the Strait of Mackinac. It sometimes needs to be closed in terrible weather.

The Mall of America in Bloomington has an area of ​​almost 453,000 m 2, and it would fit seven Yankees Stadiums. Surprisingly, it is only the fifth largest mall in the country in retail space.

The name of this state comes from the Ojibwe term "Misi zip," which means "Great River" about the Mississippi River.

Missouri owes its name to the Sioux Indian tribe of the Missouri or Missouri, which means "The One with the Great Canoe."

It is the only state in the United States with a Triple Divide, which allows water flow to the Hudson Bay, the Atlantic Ocean, and the Pacific Ocean.

Kool-Aid powdered drink mix was invented in the city of Hastings in 1927.

The Death Valley is officially the hottest place on Earth. In July 1913, the temperature in the town of Furnace Creek reached 56.6 degrees Celsius, the highest record ever recorded.

The first free public library was founded in Peterborough, New Hampshire, in 1833.

New Jersey is the state with the most diners in the country.

New Mexico has an official state question: "Red or green?" ("Red or green?"), About the variety of chili sauce that is preferred to season food. The diner responds "Christmas" ("Christmas").

George Washington was sworn in as Commander-in-Chief at Federal Hall in New York City during the First Congress of the United States in 1789.

The Ohio state flag is the only one in the country shaped like a necklace (it's like a pennant with a missing triangle at the top.

The official state poem is Howdy Folks, an ode to an Oklahoma cowboy named Will.

Oregon is home to the largest living organism in the world: a mushroom colony in the state's Blue Mountains.

The small town of Indiana, Pennsylvania, is known as "the Christmas Fir Capital of the World," a title that lives up to its status as one of the nation's great suppliers of Christmas trees.

Rhode Island was the site of the first open golf tournament in 1865.

The Grand Ole Opry in Nashville is the radio program in the world's longest of direct. It has been broadcast every weekend since 1925 in the homonymous space.

The state's official dessert is pecan pie, most likely because Texas is a pecan-rich state (and third in the nation for pecan harvest). It is a sticky, cloying, and vibrant dessert, and Lady Bird Johnson brought the recipe for her favorite Texan desert to the White House when she became the first lady.

Pando, a colony of aspen trees in Utah's Fishlake National Forest, is one of the largest and oldest organisms in the world, connected by a shared underground root system.

Vermont is the only state in the United States with its flavor: maple.

Before settlers planted tobacco in Jamestown after mildew, silk was the main crop in this state.

On the third Saturday in October, hundreds of BASE jumpers launch from the 267m high New River Gorge Bridge, which is closed to traffic for this event. Pedestrians can walk across the bridge, watch the show, and shop at the various food stalls.

The Trivial quiz type in the pubs of Seattle sometimes includes tests with images of salmon: Washingtonians are expected to know how to differentiate real or chinook salmon spawning salmon silver that has not spawned.

The Green Bay Packers football team is owned by the residents of Green Bay, which has just over 100,000 residents.) It is a publicly owned soccer team with the community support of its shareholders, who finance it financially, offer donations and even win a Vince Lombardi Trophy from time to time.

Devil's Tower was the first National Monument in the United States, declared as such in 1906.

Loved them! Excellent service, professional drivers, spotless cars, and thanks for having water waiting at my seat.

Great service ! right on time. our Driver that picked us up was just wonderful. gave suggestions on what to do in the city. when in the.city again will use

This was a great service. Very easy process. The driver was on time, friendly, and communicative. I would highly recommend this company.