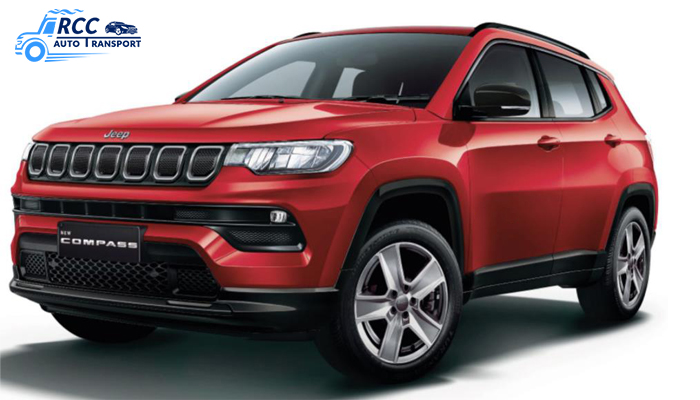 Jeep has unveiled a profound makeover, a 4.39-meter-long compact SUV that rivals the Mazda CX-30, Hyundai Tucson, and Volkswagen Tiguan. It is not a new model generation, but its interior design change and technological leap could be considered drastic. Its external appearance varies much less, and its price starts at 24495 dollars in the USA, although it can reach 47,700 in the plug-in hybrid version. It is the first presentation of the brand under the management of Stellantis and the first Jeep with autonomous driving of level 2. The first units arrive in May.

The 2021 Jeep Compass is an update to the second generation of this vehicle, which has been on sale since 2017. Aesthetically, it now features slimmer LED headlights with integrated daytime running lights, which sit on either side of a front grille with the usual ones—seven vertical slats. The bumpers look different, especially the front one, and can be painted in the same body colour or not depending on the selected finish, which is why the size of the wheels is also altered, redesigned and between 17 and 19 inches in diameter. Diameter. The paint can be configured in two shades.

In the cabin, more luxurious and refined in general terms, Jeep has equipped its model with a new steering wheel, a new dashboard and a new 8.4" " or 10.1" multimedia screen with the new version of its infotainment system, Uconnect 5, which includes services connected in real-time, wireless connection with the mobile phone through Apple CarPlay and Android Auto, multifunctional browser and integration with Amazon's virtual assistant, Alexa, although it also has its own that is activated through the voice command "Hey Jeep". It also has a fully digital instrument cluster.

There are five trim levels (Sport, Longitude, Limited, S and Trailhawk, from least to most complete) and a special launch edition, called the 80th Anniversary. There are also five different engines: a Diesel 1.6 Multijet II with 130 HP of power, manual gearbox and front-wheel drive, a 1.3 GSE turbo petrol with 130 HP or 150 HP, with a manual or automatic gearbox (respectively) and front-wheel drive (in both cases ), and a PHEV with 190 or 240 CV of combined power, automatic transmission and all-wheel drive, whose thermal part corresponds to a 1.3 GSE of 130 or 180 CV. Its electric autonomy is between 47 and 49 km.

In addition to second-degree autonomous driving with Highway Assist (optionally available on Limited and S trims from the second half of this year), the Compass 2021 has other active safety systems, such as adaptive cruise control, lane centring, traffic sign recognition with intelligent speed adjustment, fatigue detector and a set of cameras with perimeter vision. Additionally, the Trailkawk finish has specific elements for off-road circulation such as more protections, improved suspensions and a "Rock" mode.